I am a huge sports fan as anyone who reads my posts knows. Rarely do I write anything without using a sports analogy to try and get my point across. This post is no exception.

Driving into work today I was listening to a local sports radio station and the debate about which college football teams deserve to be in the College Football Playoff. You see, each year, at the conclusion of the regular season, after each team has played their full 12 or 13 game schedule, a group of “experts” sit in a room together and decide which four teams, from all of college football, have earned the right to play in a four-team playoff to determine the best team, the national champion.

This year, 2019, we ended the season with three undefeated teams. Each of these teams was awarded one of the four playoff spots, but who was most deserving of the fourth spot? That has been the debate all week. There has also been a debate about which of the three undefeated teams deserved to be ranked as the number one team because this team would get the opportunity to play against the fourth-ranked team while the other two undefeated teams would have to battle it out amongst themselves to earn a trip to the National Championship Game.  Granted, sports radio shows thrive on these types of debates. In a sports landscape filled with teams competing to win and avoided losses, people like me love to discuss our subjective opinions about who we believe is objectively better.

In individual games, the scoreboard helps us determine who the winner is. We can easily look up at the end of a contest and figure out who has the most points. The problem is, the team with the most points is not always the best team.

In 1999, the movie Any Given Sunday was a blockbuster smash. The title of the movie is attributed to the idea that with football, there are no guarantees. Turnovers, weather conditions, and injuries can have a major impact on who ultimately gets a victory. On any given Sunday, any team can win. This is true in professional football and it is true in college football. As a matter of fact, in the eight years since the development of the College Football Playoff, the number one team has never won the National Championship.

This type of drama is what makes sports so appealing to people like me. It’s not something unique to football. It can be seen in almost any sport. Have you heard the term March Madness? Yup, the idea that for three weeks in March, 64 basketball teams participate in a single-elimination tournament that has never had a year where all sixteen of the top-ranked teams have advanced to the second week, let alone the top thirty-two advancing beyond the first round. That is madness. There are always upsets. We love the fact that even though we think we know who the better teams are, on one day, in one gym, anything can happen. This is great for sports, but, this is not great for our classrooms. In schools, in our classrooms, we have to get away from the one and done mentality. We have to get away from a game of chance and recognize that our students deserve more certainty than that. The fact of the matter is, the reason we have such high stakes tests in our schools today, is because outsiders place such little value on the daily assessment we do in our classrooms. The policymakers and legislators who develop our high stakes testing environment, probably actually have the best of intentions, even if the results seem completely misguided. If they believed that the assessments we were providing in our classrooms were valid and reliable and if they believed these assessments led to actionable changes, there would be no need for an extra layer of assessment. We would already be able to determine where every student was on the learning continuum and what our next steps should be. Now, often the ramifications associated with the results of these high stakes tests are a completely different story, but the tests themselves, for the most part, aren’t always the issue.

Yes, I know a lot of this is market-driven, but there is a reason that baseball teams play 162 regular-season games before the playoffs. There is a reason basketball and hockey teams play 82 games before embarking on a quest for their respective trophies. Even with these three sports, at the professional level, champions are not crowned because of the outcomes of single games. Teams are asked to perform triumphantly multiple times, against multiple teams  (win four games out of seven, in four separate rounds) before being given a ticker-tape parade.

In our schools, we must get ourselves to a place where we assess regularly, where we assess often and actually do something with the results. A coach doesn’t wait until the end of the game to make adjustments. The best coaches call time-outs when needed, develop new game plans at half-time and treat every game like it is the most important game of the year. Imagine the stress, imagine the nerves that would be on display if every player on every team was given one chance to kick a field goal, to hit a home run, to score a goal, or make a free throw. Even in sports, where we love drama and intrigue, where we thrive on the underdog pulling off an upset, we know and celebrate second chances and learning opportunities.

As you enter into the second half of your school year, I challenge you. If you want your students to perform on the biggest stage. If you want students to show success on those high stakes tests, the only way to really get there is to treat every day like a chance to assess, to learn, and grow. The only way to remove some of the stress and anxiety that comes from those spring tests is to be able to predict the outcomes with certainty before the big day comes. Our kids deserve more than a one and done opportunity for their futures. They deserve coaches willing to make the next play, the next game, the next practice, the next assessment the most important one of the season. Be that coach. 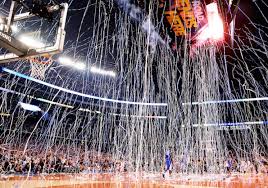 On the 15th of each month, I will send out my 2 Cents to The Lasting Learners e-mail group. Sign up today and get my latest thoughts on leadership and assessment…and honest, it’s only ONE e-mail a month: http://eepurl.com/cQwHA1

Check out more at https://schmittou.net

1 thought on “One and done is not enough”

Listen to The Lasting Learning Podcast