I am a father of four amazing kids, ranging in ages from 14 down to 4. I spend as much time with each of them as I possibly can, but as a working dad, I have also had to miss some pretty big milestone moments. My youngest son is Mason. He is a ball of energy and super sensitive. He is spoiled rotten by all of his siblings and makes himself the center of attention any chance he can get, but the fault is not all his.

Back in the spring of 2016, I had just come home from a long day at work and was greeted by my wife and daughter. They both told me to get out my phone and start recording a video. They had something I just had to see and I would definitely want to capture it for eternity’s sake. Here is what I recorded:

Yup. That’s it. A thirteen-second video of my son pushing a walker down a hallway and crashing into a door. Now, I have a messed up a ton in my life, but I knew better than to ask “What was that? Why did I film that?”. I just stood and smiled.  In the silence, my daughter proclaimed, “He’s walking. Mason knows how to walk.” In my head, I was thinking “Not in my world…I run marathons. Walking definitely isn’t leaning on a toy and falling into a wall after taking six steps. Walking means taking independent strides towards a destination. He may be moving, but he isn’t walking.” Luckily, I didn’t say any of that. I just continued to smile and nod my head.

Now I want you to juxtapose the story and video I just shared with you, with this story- I want you to go back in time with me twenty years. Twenty years ago I was a new college graduate, a brand new teacher, and a new husband. I had no kids, no money, and lots of time. During this time in my life, I was living in Michigan about a thousand miles away from my parents and sister, but only about sixty miles away from my grandpa. My grandpa was a hero of mine. I worshipped the man. It was at this time, however when father time began to catch up to him. The man who I once saw as invincible, began to show signs of aging as his years in the navy began to catch up to him. Before long he was living in the hospital, unable to speak, move, or communicate freely. Because I lived closer to him than anyone else in my family, and because I loved him dearly, I went to visit him almost nightly.  I would sit by his bed as we would watch MASH, reruns of The Muppets, and Jeopardy. Every night was the same, until…until the moment everything changed.

Each night as I left my grandpa, I would call my mom and give her an update. Most of the time I would simply let her know that nothing had changed, but that I was doing my best. Then one night, things did change.  It had gotten to the point where every day was the same. I would sit on the edge of his bed, I would watch TV for a few hours, then I would leave. Then, on a night in May, several months into this routine, as I was getting up to leave, my grandpa grabbed my arm. I stopped in my tracks and turned to look at him. He then lifted his arm and began pointing at the TV. Realizing what he wanted, I asked <“Do you want me to change the channel?” At that, he smiled, slid his legs to the edge of the bed and attempted to sit up. That night, after three months of no communication, no movement, my grandpa stood up, leaned heavily on my shoulder, and went with me across the room so that we could change the channel together. As I left the hospital that night, I was in tears, but I still managed to give my mom a call.

As she answered, I got right to the point as I told her, “Mom, tonight grandpa….walked.” It’s crazy to look back at these two moments in time and to reflect on the difference in the perspective I had. In one moment, I was watching my ten-month-old child, move without the help of another human being, across the room, by placing one foot in front of the other, and I refused to accept the fact that he was walking, though my wife and daughter did. In the other instance, my grandpa placed all of his body weight on me, as I pulled and carried him five feet across the room and in my mind I was able to describe his action as walking. What was different? My perspective. That’s all.

The way I was looking at the events, my expectations, and the frequency in which I was able to observe, dramatically shifted the way I perceived two, strikingly similar events. My wife and daughter looked at the actions of Mason, compared them to what they saw each day since he was born, the days when he could only lay on his back, the days he began rolling over, the days he started crawling, and the day he leaned on a walker and crashed into the door after six steps and proclaimed, “he’s a walker”. I looked at him through my lens, using my expectations and standards, and didn’t give him any credit for the progress he had made. Had I not spent so many evenings with my grandpa, had I just shown up on the day he moved across the room while leaning on me and compared that to the man I had remembered years earlier, the man who took me hunting and fishing, the man whom I looked to as a war hero, I would have been devastated. Because of my perspective and my ability to see the progress he had made, I was able to celebrate his growth.

You see, we are all on a journey. All learning is a process. We have to stop seeing things as “got it” or “don’t got it”. We have to stop measuring those who are “there” and comparing them to those who are not. The trick to doing this isn’t measuring less. It isn’t testing less. It’s actually measuring more. I called my mom every night and updated her on what I saw. My wife documented every step my son took. It was because we were focused on every…ahem…step…of the journey that we were able to see progress. It is important for us all to remember that assessments are not valid or invalid. They all tell us something about the moment we are measuring. Our perspectives, our inferences, our opinions are what matter. We are the ones who draw conclusions from the evidence we collect. Collect moments all along the journey and celebrate growth, celebrate progress, celebrate the milestones. Before you know it, everything we measure will soon be gone. Celebrate what you have, while you have it, and enjoy all of the beautiful progress we all make along the way. 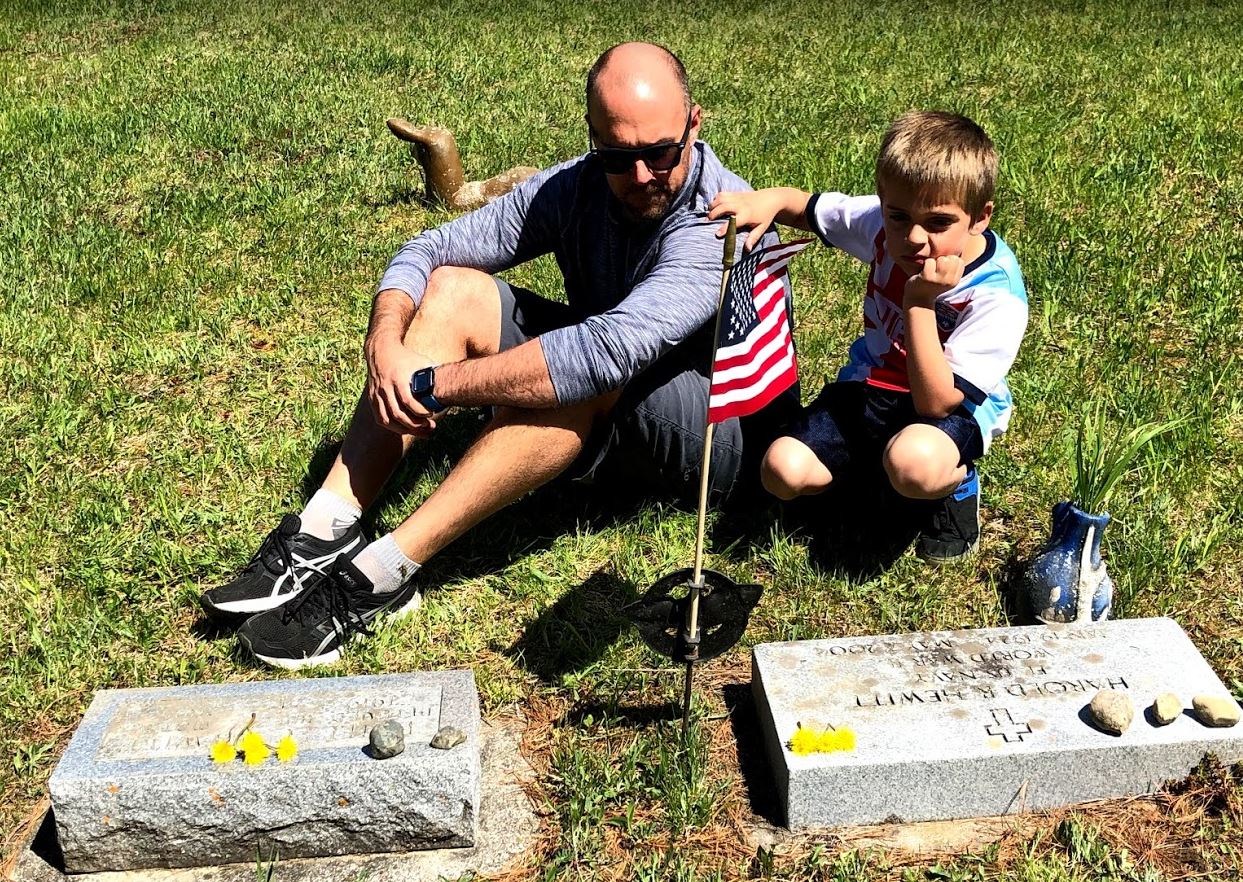 Want to be a part of the ride? Sign up for the Lasting Learners newsletter and be in the running for FREE giveaways every single month: http://eepurl.com/cQwHA1

Want to hear your stories and audio blogs every week? Listen to Lasting Learning: https://anchor.fm/david-schmittou

Listen to The Lasting Learning Podcast